Ukrainian refugee ‘interview’ about Azov atrocities was shot by the FSB. State media ordered to omit the source
30 March 2022, 19:34 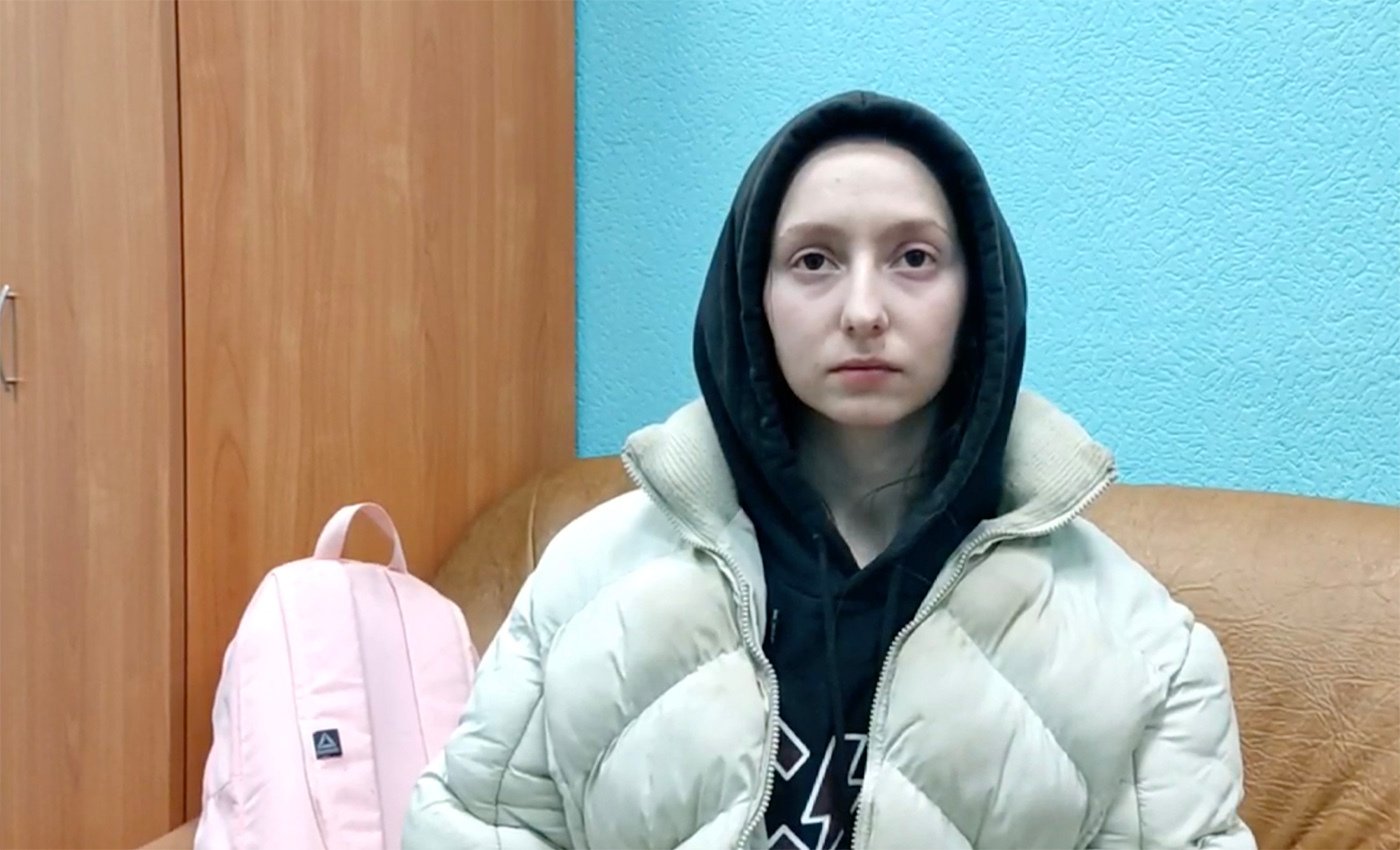 Russian state media are running a video interview with a refugee from war-torn Mariupol in Ukraine who describes the atrocities allegedly perpetrated by the Azov battalion. In fact, the media had nothing to do with the interview that was distributed to state agencies by the FSB press service with a request to omit the source. Following her arrival in Russia, the woman was subjected to a long interrogation, her phone was searched, and she has been unable to contact any of her family members for more than a week. Our source claims that the FSB had distributed several similar videos to the media.

On March 24, Russian state-owned news agency RIA Novosti and other state-controlled media outlets (RT, NTV, Zvezda) published a video interview with Lyubov Ustinova, a refugee from Mariupol. “Azov soldiers boasted about brutalising people, killing them. Even innocent ordinary people who were hiding from the bombings and didn’t know how to survive”, the terrified pale woman speaks to the camera.

Neither RIA Novosti nor other media outlets name the source of the video – it is as if the woman was interviewed by a journalist. RT went further and put an “exclusive” watermark with its logo over the frame.

Turns out, the video was not shot by RIA Novosti or RT: it was distributed to the state-controlled media outlets by the Russian Federal Security Service (FSB) Public Relations Centre under the condition that the source of the footage would not be named.

A person with direct access to the email has requested to stay anonymous. They told Mediazona that the FSB Public Relations Centre is distributing videos with refugees and provided screenshots of the message about Ustinova. Another person who received this email also confirmed its contents.

The email contained links to three short videos, nine minutes in total, as well as to photos and to video footage of officials examining the contents of Ustinova’s phone (this footage was broadcast by the NTV channel only).

In the first video, Ustinova gives her name and says that she is now in Russia “at the customs”. According to the metadata, the footage was filmed on March 22 at around 8 p.m.

— We got evacuated. Thanks a lot to the Russian Federation. I’d like to tell you a little bit about the situation in Mariupol. The mayor of the city immediately abandoned us, and all houses, all residential areas, and maternity hospitals were bombed. The Ukrainian military personnel was hiding in the residential neighbourhoods while people were hiding in the basements amid the sounds of battle afraid for their lives, for their children’s lives.

Then the woman suddenly mentions “two friends from Azov” who “boasted on social media how they were brutalising civilians, ordinary people, children”.

— Tell us more about this, please, an off-camera interviewer asks.

At that point, we see Ustinova stuttering and smiling in confusion, and the cameraman interrupts the interview. After a six-minute pause, the second part of the video begins: Ustinova continues talking Azov, this time without any stutter. She mentions her friends from the battalion again and the videos they published.

— [They] were hiding in schools, they used civilians as human shields, bombed the Drama Theatre from the inside. They were hiding along Kronstadskaya Street, in kindergartens, bombed the maternity hospital while surgeries were being performed there. It was very scary”, Ustinova claims.

Other files attached to the email indicate that the officers took Ustinova's phone, presumably to find information about those Azov friends of her. Apparently, this happened before the filming of the interview started: while the metadata on photos and videos has been erased, the time on the phone itself – 12:46 and 14:35 – is still visible.

All files were uploaded to Yandex.Disk storage service by a staff member of the FSB Public Relations Centre. The account name is literally pressafsb, last modifications were made on March 23, 19:00. The files were downloaded by two to three dozen users.

The processing of Ukrainian refugees from Mariupol at filtration camps with interrogations by FSB officers was already reported by the Ukrainian outlet Grati. A resident from a village on the outskirts of Mariupol told the publication that the Russian military left her no choice but to be transported to a camp near Novoazovsk, some 50 km east of Mariupol, under DPR control since 2014.

“A filtration camp is basically a tent with a bunch of military types sitting inside. We were all sitting in buses, going in one by one. First, they take pictures of you from all sides, apparently for the facial recognition system which is now being deployed in the Russian Federation. Then they take your fingerprints, but the most annoying thing is that the fingers are not enough, they demand to scan your palms from all sides. Then you are interrogated for the purposes of further rehabilitation: do you have any relatives left in Ukraine, have you seen Ukrainian troops' movements, thoughts about Ukrainian politics, thoughts about the authorities, thoughts about Pravyi Sector. It’s a lengthy questionnaire but they don’t go too hard on you. Then the most confusing part was the demand for my phone: they plugged it into a computer for 20 minutes and downloaded the contacts database, but I don't know if they downloaded the data itself or copy the IMEI number.

Lyubov Ustinov did not respond to messages from Mediazona on social media. She hasn’t visited her VKontakte account for more than a month. Her relatives say she was evacuated from the besieged city of Mariupol on March 20, and then disappeared. On March 23, Ustinova was able to write to her grandmother that she was fine but a phone call was out of the question until the evening of March 28, eight days after she left Mariupol.

— Some people are being taken [to Russia for evacuation], one might say, by force. The fact is, it's not possible to get from one part of the city to another to go to Ukrainian-controlled territory, so people are forced to move toward the DPR. None of the people I know from the Vostochny district of Mariupol were able to come to the city centre and leave [for Ukraine]”, a friend of Ustinova who successfully made the trip to the Ukrainian Zaporizhzhya region told Mediazona.

— At first, of course, nothing was clear at all, [she] would not get in touch, her phone was checked, her messages, her photos, they thought she was a saboteur”, according to Ustinova’s sister Anastasia.

— She was really scared [during her video interview] and cried all the time, I can't say anything [if what she says was truthful]. We haven't talked about it in detail yet. [The security forces] asked a lot of questions, I think anyone would be scared, especially a woman like her who had just recently come out of the basement. She did not understand why she was suspected of something. But she wasn't hurt and she was given food.

Ustinova’s messages distributed by the FSB indicate that she had been in contact with the Ukrainian military — at least before she came to Russia. She mentioned a friend several times on her Instagram stories whom the FSB officers considered to be an Azov fighter. The man advised Ustinova to leave Mariupol as soon as possible and wipe the contents of her phone — “all photos, all contacts with the military”.

A person who provided the screenshots of the FSB email says that there have been several videos of this kind with different refugees — they had heard about it but had not received the emails personally.