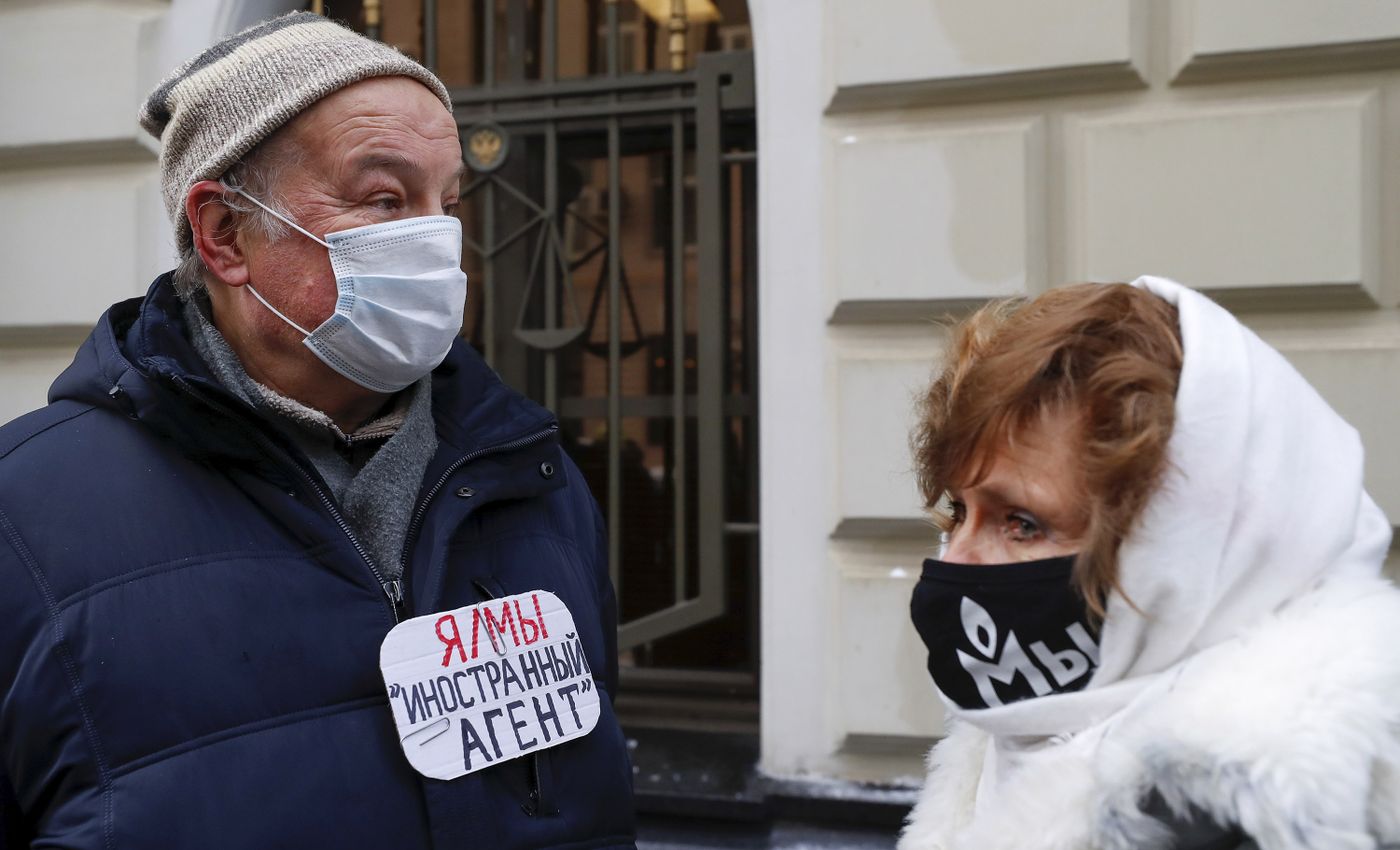 On 1 December, Russia enacted the law “On the Control over Activities Carried out by Persons under Foreign Influence,” which greatly simplifies putting new people and organisations on the list of “foreign agents.” The Ministry of Justice has already published a unified register, which has replaced the separate registers previously in use. Now there are almost 500 organisations and individuals on the list. Here’s a summary of what it takes to become a “foreign agent,” what they are required to do, and what the consequences of non-compliance can be.

Anyone can become a “foreign agent”

A new law on “foreign agents” was enacted today. In full, the law is called “On the Control over Activities Carried out by Persons under Foreign Influence.” Instead of four different registers for NGOs, news media, individuals, and unregistered associations (all subject to different requirements), the Ministry of Justice will now maintain only one. The register is already available on the agency’s website and lists 493 “foreign agents.” End of story? Not yet, another separate list will be created for “individuals affiliated with foreign agents.”

One no longer needs to receive foreign funding to get on the list of “foreign agents.” Anyone who is deemed to be “under the foreign influence” while engaging in politics (but not exclusively) can also be branded a “foreign agent” now. How is influence defined? It is “support and (or) influence on an individual, including through coercion, persuasion, and (or) other means.”

Both Russian and foreign entities, public associations, and individuals may be designated as “foreign agents”—regardless of their citizenship or country of registration. State-controlled entities, Russian diplomats, as well as officially registered political parties, religious organisations and trade associations cannot be declared “foreign agents.”

Voicing any opinion about the Russian government on the internet constitutes “political activity” and can put a person on the register. This notion is interpreted very broadly: political activity ranges from organising or participating in rallies to holding debates and panels, participating in or monitoring elections, making public appeals to the authorities, or calling for the amendment or repeal of laws. Online speech is considered to be “the dissemination of opinions about the decisions and policies of public authorities.”

Conducting polls or surveys can also be deemed "shaping socio-political attitudes" and can put an organisation on the register. Same for “involving” other people, including minors, in “political activities” or funding those activities. Obviously, this means donations.

Non-political activities that can lead an organisation or an individual to being included in the register entail “purposeful collection of information about military and military-technical activities of the Russian Federation” and, in principle, any online posting if a person is deemed receiving funding from abroad or being under “foreign influence.”

It is now also mandatory for people who meet the criteria to declare themselves as “foreign agents.” According to the new amendments, people intending ”to act as a foreign agent” must first notify the Ministry of Justice and apply to be included in the register. Only foreign journalists accredited to work in Russia are exempt. Anyway, the Ministry of Justice is free to designate those who have not submitted an application on their own.

Current or even former employees and members of organisations, parties or NGOs already recognised as “foreign agents,” as well as those who receive any assistance from these entities to carry out their political activities, can be included on the list of people “affiliated with foreign agents.” It is not clear why the same people would not be listed as “foreign agents,” given the same criteria. Nevertheless, the lawmakers maintain that these people “would not be subject to the requirements and restrictions” for proper “foreign agents”.

Organisations and individuals on the “foreign agents” list will be subject to a host of requirements and restrictions. Previously, all content (articles, tweets, Instagram pictures, Facebook comments, etc.) created or shared by a person on the register had to be labelled with a humiliating 24-word disclaimer (in capital letters): “THIS MESSAGE (MATERIAL) WAS CREATED AND (OR) DISTRIBUTED BY A FOREIGN MEDIA OUTLET, PERFORMING THE FUNCTIONS OF A FOREIGN AGENT, AND (OR) A RUSSIAN LEGAL ENTITY, PERFORMING THE FUNCTION OF A FOREIGN AGENT.” Now, there’s a new wording, marginally shorter—but now it also must be included in all appeals to any state body or private organisation whatsoever.

Full disclosure: Mediazona is on the Russian register of “foreign agents.” We’ve been publishing the disclaimer for several months until the spring of 2022.

“Foreign agents” must submit an annual financial audit report as well as a number of regular reports. Every six months they have to update the Ministry of Justice on their organisational structure and current address, activities and events. Every three months they have to provide foreign funding spending reports, rationale for holding events and report any changes in organisational structure. In addition, every six months “foreign agents” must publicly report on their activities on the internet or in the media.

“Foreign agents” are not allowed to participate in electoral campaigns, hold public office, or teach. The list of all prohibitions takes up almost two dozen items. For example:

Nor can “foreign agents” apply for financial support from the state or participate in public procurement, provide expert environmental impact assessments, and much more.

Violation of all these provisions can lead to both administrative and criminal liability, and the sentencing range extends to five years in prison. The Ministry of Justice can also request the liquidation of an entity or public association in court for failing to submit reports as required.

Getting off the register can be tricky as the grounds for delisting include liquidation of an organisation or association, or death of an individual. Not all doom and gloom, however: a “foreign agent” can submit an application for review, and, if considered as having received no funding from abroad within a year, be removed from the register. In October, journalist Vladimir Voronov and electoral observer Vitaly Kovin were able to do so. These are, of course, singular stories.