“I could rip them to pieces. They must bring them back.” All across Russia, women are demanding that their sons, husbands and brothers be sent home from Ukraine
Павел Васильев
Pavel Vasilyev
21 November 2022, 12:17 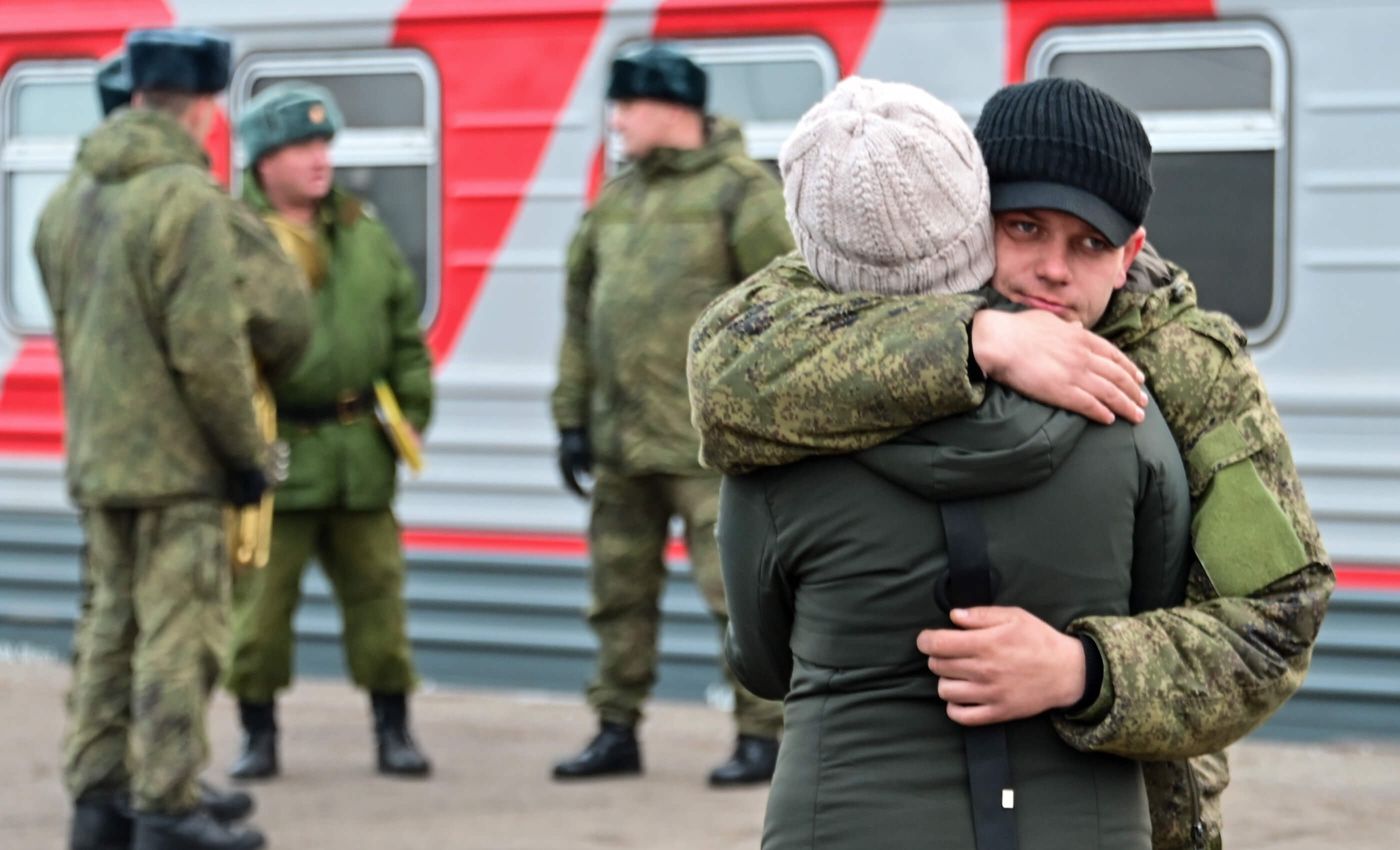 After mobilised men, often without military training, have been sent to the battlefield in Ukraine, their female family members have become increasingly more vocal in their appeals to government officials. Their demands vary from improvements in supplies and conditions to bringing their men back home. The major reason for these appeals is the fighting near Svatove in the Luhansk region, where hastily formed Russian units are suffering huge losses. These are the women’s demands.

“Mum, get me out of this inferno.” Bryansk women demand their family members back

Who and when: On 15 October, 7 women relatives of mobilised men from Fokino in the Bryansk region neighbouring Ukraine shot a video appeal to Vladimir Putin.

What happened to the men: They were mobilised on 23 September and soon after, without training, were sent to Ukraine—where exactly, the women do not say. According to one of the women, her son, who has bad eyesight, was appointed to be a marksman. They are asking for their men to be sent back.

What the women say: “Our guys did not agree to be sent to the forwardmost positions. They agreed to protect their land, their Bryansk region” ... “My son told me: ‘Mum, get me out of this inferno’”... “It is a betrayal that they go there without any training”... ‘They don’t want to be cannon fodder.”

“I wasn’t planning for my son to be cannon fodder.” Moscow region recruits are threatened with a tribunal

Who and when: On 28 October, mothers and wives of 18 mobilised men from the Moscow region complained to the military prosecutor’s office that the recruits who had to retreat from the front line after a debacle in Svatove, are threatened with a tribunal and are ordered to get back to the trenches.

What happened to the men: They were sent to the front lines near Svatove lacking training and supplies—the area has seen some of the most intense fighting over the past two months. Previously, Mediazona published a report about a platoon of mobilised Russian men who retreated from Svatove under constant shelling, hid in an empty house and then got back home on their own accord.

Their family members say that these soldiers were under a brutal mortar attack, as well as a drone assault, several were killed and injured. When the soldiers got back to their headquarters, they were threatened with prison sentences if they didn’t get back to the battlefield.

What the women say: “They have no uniform, nothing. We now want to try to get them sent back to Valuyki in Belgorod region, so they are trained there. I wasn’t planning for my son to be a cannon fodder. They are threatened with a prison sentence. So be it, but he will at least be alive; his reputation might be ruined, but he will live.” 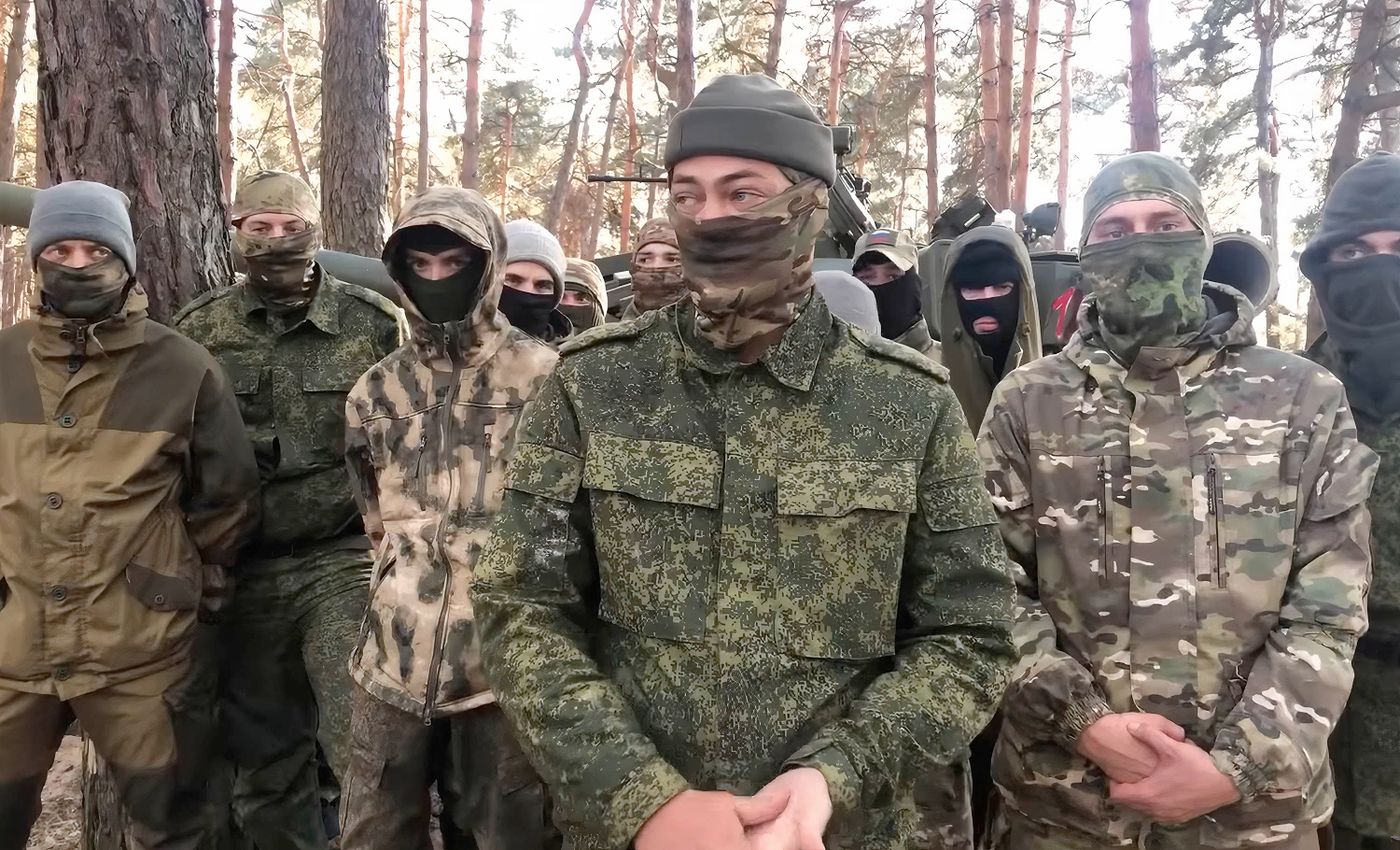 Перевод статьиPlatoon on the run. 13 Russians recruits’ grotesque journey to Ukraine and back

“They had assault rifles, but how useful are those against tanks?” Men from the Siberian city of Tomsk at the front without ammo or food

Who and when: On 2 November, family members of new recruits from Pervomaisky district of Tomsk region sent a letter to the governor Vladimir Mazur. They complain that their relatives were thrown into the front line without proper training and command, lacking ammunition and food.

What happened to the men: The draftees ended up in Luhansk region, the exact position is not specified in the letter. The document mentions five mobilised men who are threatened with prison sentences for desertion if they decide to travel back to Siberia.

What the women say: “They had attack as infantry, there was no transport. They had assault rifles, but how useful are those against tanks?”

“The trail goes cold.” Voronezh men were threatened with a desertion sentence after they retreated

Who and when: On 7 November, the families of those mobilised from Voronezh region arrived at the military base No. 91711 in Boguchar and recorded a video message there. They demand the return of their men who were sent to Valuyki near Belgorod and then to the front line in the Luhansk region of Ukraine.

What happened to the men: The wife of one of the men who was in Boguchar told us that her husband was sent to the front line alongside other draftees. On 2 November, he managed to contact her: he told that they had been under a mortar attack and were forced to retreat; the commanders did not like that and threatened them with a desertion sentence.

What the women say: “They were sent to Valuyki on 5 October. And then the trail goes cold. We can not reach them and find out where they are exactly. We are asking officials to help us to figure it out and bring our guys back.”

“They have no option to retreat—their own people will shoot them.” Women of Kursk complain about barrier troops

Who and when: On 8 November, women relatives of mobilised men from the Kursk region gathered recorded a video message near the military prosecutor’s office and the regional administration office, saying that their men did not get two weeks training before being sent to the front; now their units are suffering great losses.

What happened to the men: They ended up in the Luhansk region. They told their families about ‘piles of corpses’ and that they are being treated as ‘cannon fodder’. They also spoke about zagradotryady (barrier troops) that block them from from retreating.

What the women say: “Our men call us and tell us that there are many corpses out there. They are being sent to the front and they have no option of retreating, because their own people will shoot them.”

Government reaction: Kursk governor Roman Starovoyt had a meeting with the women. No further action followed.

“We want them be evacuated.” Women spent a night near a military base in Valuyki

Who and when: On 8 November, 20 family members of mobilised men from Voronezh, Kursk and Belgorod regions arrived in Valuyki—usually, it is the last point on the soldiers’ way to Ukraine. They were requesting a ‘safe corridor’ for retreating mobilised soldiers to go back to Russia.

What happened to the men: According to Verstka, a Telegram channel, the men came under severe shelling near Makiivka village in the Luhansk region, some were wounded. By 14 November, Makiivka was already under the Ukrainian army control.

What the women say: “I could rip them to pieces. They must do something, they must act decisively, they must bring them back. We want our men to be brought back because many are wounded.”

Government reaction: A base representative had a chat with the women; he asked for the names of the mobilised men and the womens’ phone numbers. Nothing happened.

“They survived in trenches without any support.” Vologda women write to their governor about problems in Svatove area

Who and when: On 9 November, a video message of women from Vologda was published to VK, a social network. Later the post was deleted, but screenshots were saved.

What the women say: “They survived in trenches over there, without support, without any joint training and command! Commanders and generals were all staying in warm houses while our guys were out in the trenches’.

“The governor’s visit was nothing more than an icons distribution campaign.” Absence of ammunition near Svatove

Who and when: On 10 November, families of mobilised men from the Vladimir region tried to appeal to the governor about the conditions their relatives are facing in Ukraine. Senders of the message were blocked, labelled as an ‘information warfare’. Then the women contacted the journalists.

What happened to the men: They were seconded to the 346th Motorised rifle regiment, and on 11 October they were sent to the combat zone near Svatove. According to the relatives, none of the soldiers had necessary equipment, food or warm clothes.

What the women say: “Our soldiers, who did not get proper training, are now right in the combat zone... Most of the humanitarian aid does not reach them. The latest visit of the governor on 8 November was remembered by the soldiers as nothing more than an icons distribution campaign plus some good luck wishes.”